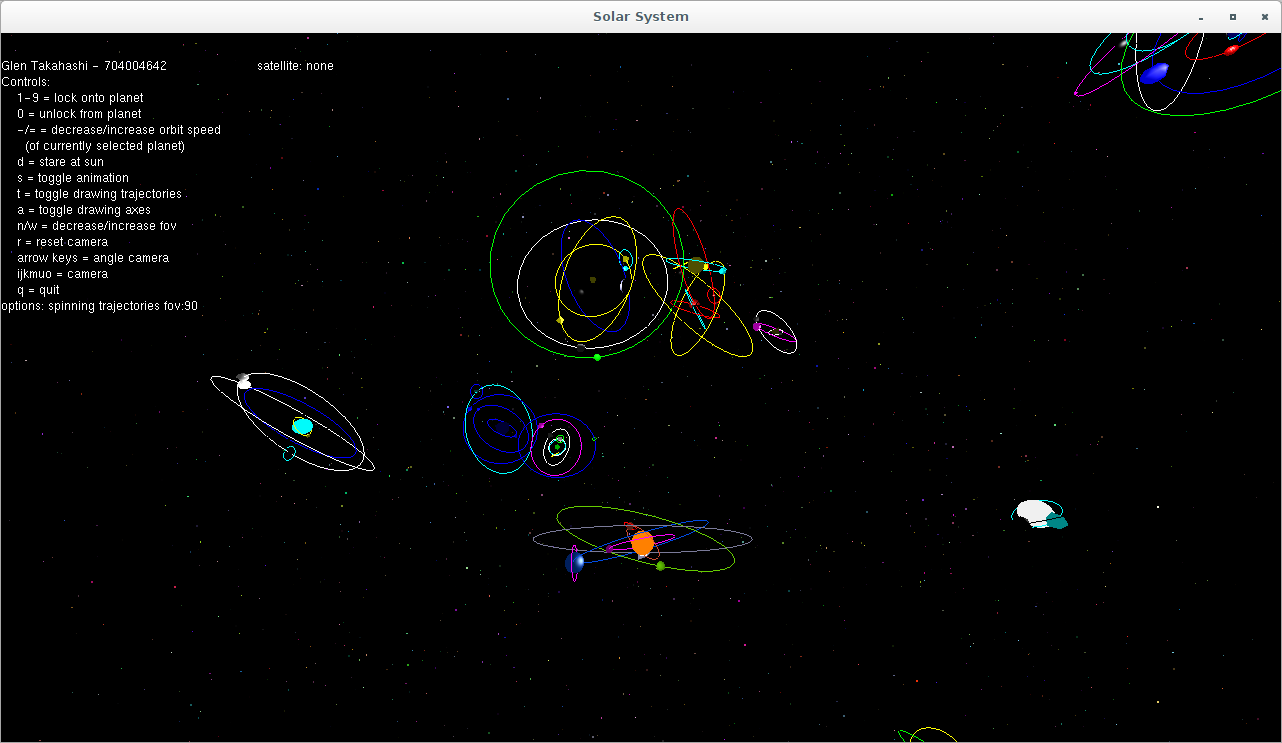 Solarsystem was a school project turned personal project when I was still in school at UCLA. It was for the class Computer Graphics which was taught by Scott Friedman and was one of my favorite classes of all time.

The class taught the basics of OpenGL as well as a lot of linear algebra. As the class progressed, we were taught more and more complex techniques for creating 3D images and given projects to practice our abilities. One of the projects was to create a static rendering of a sun and some planets, but I got so sucked into the project I turned it into much more. Even after the assignment had been turned in, I kept adding features to my solar system, giving them orbits, drawing distant starts, improving camera controls, etc. I kept working on the project on and off for many weeks afterwards, and eventually ended up with a really awesome galaxy simulator, that randomly generates multiple solar systems, with varying orbits planets and stars.

Some day when I get the time, I want to rewrite the code for WebGL to add it to my repertoire of “things I have dabbled in once or twice.”