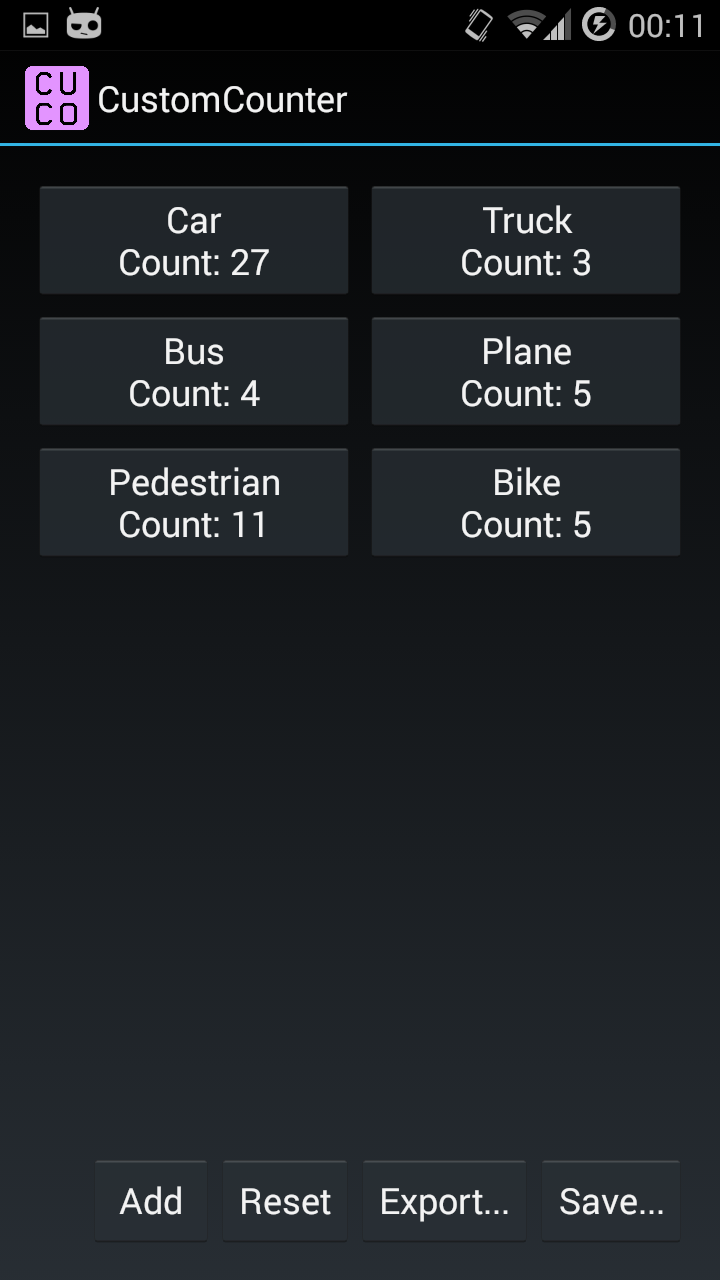 While I was at UCLA, one of my Civil/Transportation Engineering friends complained about the lack of a good app to do counting. I asked him what he meant by counting, and he talked about how often as a Transportation Engineer he was tasked with counting cars/trucks/etc. at intersections or other areas. Most of the time he either just brought paper to count by hand or brought an old mechanical device which just had multiple color labeled buttons.

Building on my skills learned previously while making Card Stack, I set out to make an Android App to solve his problems. It was much more difficult than I initially thought, mostly because button manipulation using stock Android libraries is exceptionally verbose and tedious. Following some guides online to set up dynamic buttons and menus, I had a workable app after a few afternoons of coding.

There is still a lot of work to be done, and my friend has given me tons of feedback on how he actually uses a counter on the job and how he expects it to work. The next step is to internalize his feedback and develop a new UI that allows him to count quickly and safely, and without frustrations.

After that is completed, I want to publish the app to Google Play so that others can hopefully gain some use of the app as well!